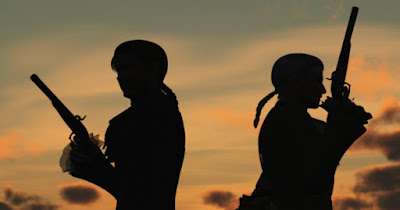 The brushes are down and as breath is once again drawn, its time for our side-challengers to pony up on their duels and side bets...

The inaugural Squirrel! duel was fiercely contested throughout. Our Snowlord Curt was the progenitor of the idea and it is most fitting that he came in 3rd place with 15 pelts.  Noel pipped him with 19 but it's StuartL who goes home with the golden acorn having posted 22 Squirrels. Well done that man!

The World is Not Enough (SD2)

Naturally, the world was not enough for DaveD (who could have guessed?) and Millsy nobly acknowledged his defeat. Honour was abundant though, as both combatants donated $50 to veterans' charities. Well played Gentlemen, well played indeed.

I have already had inquiries for an AHPC 10 sequel matching up DaveD and MilesR, which I call:

Hearty tots all 'round in this one me lads, with everyone making an entry of some kind (though one blaggard posted a paltry 2 points - I suspect it'll be a dozen lashes of the cat for me later!).  Stefan's lovey Cruel Seas Kriegsmarine entries netted him 3rd place, while DaveX's Japanese ships got him into 2nd place.  But Miles took this one out by an order of magnitude with his fantastic entries, including his rigged 15mm sailing ships.  A golden rivet for you Sir!

Hither do I Challenge Thee (SD4)

Challenged indeed were these bold souls of the Renaissance. The Snowlord posted 110 points, IanW's 660 netted him 3rd place, while PaulSS's 1277 won him 2nd place. But the feathery hat and puffy sleeves for first place goes to KenR on 1475 points with his gorgeous Italian wars figures.

This duel was taken out early in the season by Paul SS and his lovely HYW French (and just to clinch the deal, he then did the opposing English army too!) - AdamC's Norman's netted him second place. Honourable mention to Tamsin with her not-so-flea-bitten Fenrisian Army.

Who were the biggest GW fanboyz of the challenge? Well I must say that the incoming data hasn't seemed to match up with all the submissions I saw. I can only conclude that a few challengers are immersed in their latest White Dwarfs or working second jobs to pay for their latest armies :-)

Competition was tight, with DaveB taking the Bronze, JamieM the silver and MichaelD gold by a margin of just 21 points.  Special Mention for Miles who posted a total of 7 points in this category, representing just 0.139% of his submission total.

I am advised by my OH&S adviser not to go anywhere near this mosh pit, so I will simply post some numbers below (for which I bear no responsibility whatsoever)
Vertically Challenged (SD8)

JohnS took this out convincingly with his monastic like vows to only permit the vertically challenged to grace his painting desk during the challenge. Thats wasn't too much of a stretch, was it mate?

This was a no-hold-barred slugfest from start to finish. With just over a thousand points in this category PeteF took 3rd place, while RayR grabbed 2nd with 1707 points worth of Donnybroom submissions.  But it was Miles who took it out in the end with 2207 points (a more respectable 43.69% of his total submissions)

In this replay in miniature of the Civil War, PaulSS's 130 points took second place to Miles' 351. The Confederacy lives to fight again another AHPC Season!
Prettiest Undead (SD12)

I am advised that we will soon see the contender's submissions posted for our voting pleasure - stay tuned! 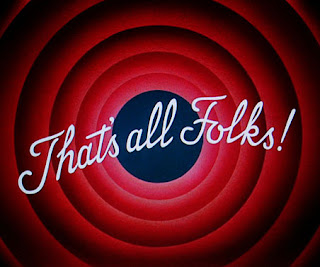 The complete tallies with all participants' scores are available in the master spreadsheet here: https://challengepaintingduels.blogspot.com/p/side-duels-and-challenges.html

Thanks to all who participated in the side bets and challenges, its a fun way of adding further interest to our own personal challenges. Bragging rights are just a bonus (but not a small one!)


this is Wallah 9 Actual, signing off

AHPC IX with just under a month to go

Less than 4 weeks to go, and some serious numbers are being reported. Not sure that I have received updates from everyone so check your scores and shoot me an update as required.

Next tally up will be with 2 weeks to run, to inform the gallop to the end post!
Posted by Anonymous at 3:16 AM 0 comments

Attention Duellers! The race is half run and with a lot of track still before us its time to take stock of the field:

In SD 1 there are Squirrels all over the paddock, with Noel currently leading the pack

In SD2 Millsy is significantly in the trail, but will the World really be Enough for DaveD? I didn't think so either

The thinking man's Naval challenge in SD3 sees Miles at an impressive minus one billion, but thats not enough to knock the winds from that hobbyist's sails as he is leading the Postal Strike in SD7

PaulSS has a firm command of SD10, is in second place to Ken for SD4, and has taken out first place for SD5, being the first to complete a full Lion Rampant army with his HYW French. Well done that man!

JohnS is leading the vertically challenged duel in SD8, having yet to paint a figure that is not a halfling, dwarf or goblin.

PeteF is keeping his powder most dry, leading SD9.

RobH and IannickM have yet to submit their figures for the Prettiest Undead in SD12. Its probably hard to find any that fit the criteria...

See all the details on the Duels summary page - link is at the top left hand corner.

Please ensure you keep your minion and the Duels Wallah updated with your entries or they wont get scored against the SD.

Updated 18 Dec (in the real world, which is anything ahead of GMT...)

With under a week to go before kick-off, the side duels stand as per the master list here:
https://challengepaintingduels.blogspot.com/p/side-duels-and-challenges.html

Please correct via reply or email me at challengeIXsideduels@gmail.com

cheers!
Posted by Anonymous at 3:40 AM 28 comments

1 week to go until the pigment pots open!
Get those duels in so the smack talk can commence!

The final points update for the Side Duels and Challenges has been posted.

The penultimate points update for the Side Duels and Challenges has been posted.